Arun Kumar is a Software professional with an unbridled passion for the world of cinema and books. He believes in an enriching film culture – from watching great cinema to engaging with its connoisseurs. Currently, he blogs at Passion for Movies and Passion for Books.

“These exalted humans are really something, she thought, when they don’t believe in God they even consider the very word ‘God’ to be false, but when they do come around to believing, they begin to see divinity even in the threshold beneath the feet of saints.”

Urdu novelist Khadija Mastur’s The Women’s Courtyard (originally published in 1962 under the title ‘Aangan’ and succinctly translated to English by Daisy Rockwell in 2018) is set in the backdrop of the final stages of the Indian Independence movement. But this isn’t a narrative that offers a familiar retelling of the political uprisings to break free from the British Raj or provides an account of the communally charged politics that lead to the trauma of Partition. That also doesn’t mean Khadija’s poignant literary creation is apolitical. The novel rather speaks of how a society that demands freedom from its colonizers is firmly bound to the rigid codes of class hierarchy and patriarchy. 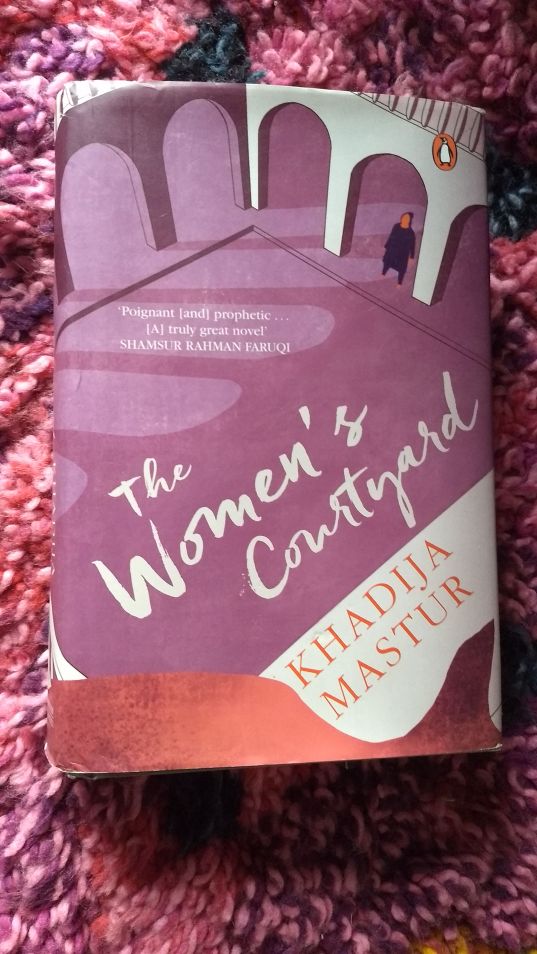 The Women’s Courtyard, as its title suggests, revolves around ordinary Muslim women, confined to their house’s inner courtyard. They are largely cut off from the outside world and deeply embroiled in the narrow-minded cultural practices. Aliya, the young protagonist of the novel, dreams of breaking away from the chains of domesticity. She identifies the traditional romantic legends as the means to dis-empower women. Her skepticism about love is aroused after the suicides of her elder sister Tehmina and her best friend, Kusum, whose lives are overturned by the traditional narrative of romantic bliss. Aliya’s father and uncle are swept up under the ideological storm and the politics of freedom struggle so that they only exhibit aloofness when it comes to dealing with their family’s economic ruin.

END_OF_DOCUMENT_TOKEN_TO_BE_REPLACED

Aakanksha's ReaderRank
Aakanksha has reviewed 347 books with an average rating of 3.567 out of 5.
24 people have found Aakanksha's written reviews to be helpful on Goodreads.
See more...

Top 10% based on reading volume

What is Lemar's next adventure?

Dedicated to supporting and promoting intersectional feminism and related media.