Are you tired of watching the same,old,boring, cheesy, Bollywood or Hollywood romantic comedies or chick flicks? Do you absolutely scorn those ridiculous lovey-dovey songs that do nothing to take the plot forward? Or scoff at the, lets face it, stupidity of such films?

Then, Shakespeare comes to your rescue! Now the last thing most people would want is to read the Bard’s plays rather than watch those crappy chick flicks. You agree, don’t you? However, most of the plots of these contemporary rom coms have been inspired by his plays or have elements from many of them. The difference lies in the fact that the plays are far more intricately written than the soppy,mawkish rubbish that film industries churn out regularly.

Hence one simple Shakespeare play that is sure to lighten the scorn and fatigue created by scores of the more or less similar roms coms is the famous, hilarious, ‘A Midsummer Night’s Dream.‘ You may have read a summary or watched the film but nothing can beat watching/perusing the actual play with its funny twists and turns, ample confusion and blunders, modicum of magic and loads of love to entertain you thoroughly. 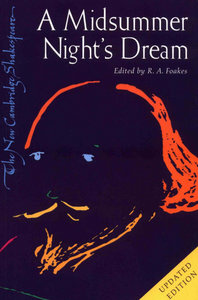 Now comes the plot which is rather complicated but I’ll try my best to explain. There are essentially three worlds described in the play-the world of Athenian lovers, the world of the fairies and the world of the Athenian workers. The play starts off in Athens where the Duke Theseus is waiting for his wedding day anxiously. He is to wed Hippolyta who is an Amazonian queen. To his court comes Egeus followed by her daughter, Hermia and two young men, Demetrius and Lysander. Egeus complains to Theseus about Hermia’s wish to marry Lysander which is contradictory to his own desire that Hermia must marry Demetrius instead. Theseus supports Egeus and believes that Hermia must do as her father wishes as that is the law of Athens,disobedience to which will result in death. Seeing that Hermia and Lysander don’t stand a chance against the duke’s or the former’s father, the young couple decide to run away in the forest. Hermia tells of this plan to Helena, her friend who likes Demetrius blindly but the feeling is not mutual. Helena tells Demetrius about Hermia’s plans and so he too goes in the forest in search of them and Helena follows Demetrius. The forest is the realm of the fairies and the King and Queen of the fairy worlds are Oberon and Titania respectively. This royal couple has been quarreling over an Indian boy who Titania has adopted. Oberon wants the boy for himself but Titania refuses to part with him. Meanwhile, when Helena follows Demetrius in the forest, Oberon sees them and hears their conversation. Demetrius is scorning Helena but she is adamant in her love.(One point to note is that the Athenians cannot see the fairies). Oberon summons Puck, an evil cum good spirit who is Oberon’s servant as well, and tells him to get the flower whose love juice when sprinkled on the eyes of a person on waking up falls in love with the first person who he/she sees. The Fairy King wants Puck to do that with Titania and tells him to sprinkle on an Athenian man(he does not specify whom as he has not seen Lysander yet) as well. Puck successfully does his first task. However the latter is messed up-instead of putting it on Demetrius,Puck puts it on Lysander and the first person he sees is Helena (One can imagine all must have broken loose in the forest because of this confusion). Oberon wants Titania to fall in love with some beast or an ugly being. Puck sees a bunch of workers rehearsing for a play which they want to perform at Theseus’ wedding. He transforms a worker’s, Nick Bottom’s, head into an ass and Titania sees this fellow first on waking up. This along with Puck’s mistake lead to comical consequences that have slight dark undertones and it is through these misunderstandings that the Athenian lovers find their love and Oberon is able to get back Titania’s affections and her Indian boy. The play happily ends with the marriage of the Duke to Hippolyta.

You seriously did not expect it to end any other way, did you?

Despite its predictable ending, ‘A Midsummer Night’s Dream‘ provides a wonderful take on the notions and idea of love, provides a glimpse into Shakespeare’s mastery of weaving the different strands of the three plots into one fitting conclusion, proffers a peek into certain Elizabethan conventions of life, theater, patriarchy etc.

Now this is only a very short synopsis of a marvellous romantic comedy play that is extremely fun and merry to read. It does not and cannot encompass the play’s beauty,comedy and complexity wholly. There are so many layers to ‘A Midsummer Night’s Dream‘ that one is perplexed whether Shakespeare wrote it only for mere entertainment or for other instructional purposes as well. It may not be one of his best plays but still remains a popular one that is sure to make anyone laugh. And if the Shakespearean language daunts you, don’t fret, it isn’t that difficult. Just try reading it aloud, going with the flow of the verse, comprehension will come to you eventually (Plus the notes and the annotations help a lot). And if you can, go watch its performance which will further deepen your understanding of the play and perhaps kindle a love for Shakespeare forever freeing you from the tedious rom coms of today!